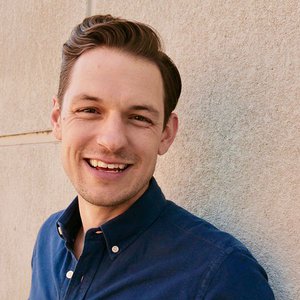 Tim Haydock is a contractor with New America CA focused on communications, storytelling, and community engagement. He is also a 2017 New America CA fellow. Haydock is lives in the Central Valley and is the director of communications at Youth Leadership Institute. He was also the founder of YouthWire, a project of New America Media. YouthWire was a network of five youth media hubs across California and the only statewide network of youth media hubs in the country. It produced youth-led community journalism in media deserts, trains underserved youth in media skills and encouraged civic engagement in disenfranchised communities.

Under Haydock's leadership, YouthWire published 300 stories to the web and printed over 125,000 copies of print publications that were distributed by daily newspapers across California in 2016. Haydock frequently speaks to groups across California about the power of storytelling in social justice work, the possibilities for civic engagement through youth media, and best practices for working with youth.

Haydock has taught media studies and production at California State University, Fresno and Fresno Pacific University, where he also served as faculty advisor to the student newspaper. He is on the Journalism Advisory Board for Fresno City College, an associate editor of the Pacific Journal and an adult ally with Fresno Boys and Men of Color. Tim graduated from Fresno Pacific University with a degree in communication and holds a master’s degree from Fuller Theological Seminary where he studied the intersection of theology and media studies while running the campus arts group.