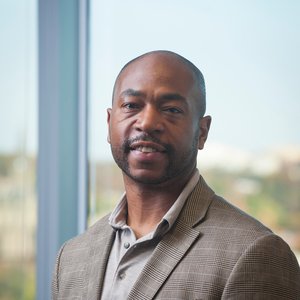 Theodore Johnson, Eric & Wendy Schmidt Fellow, spent his fellowship year working on his forthcoming book, When the Stars Begin to Fall, which will explore the lessons in solidarity black America has for a nation facing growing racial tensions. He is currently a Senior Fellow at the Brennan Center for Justice at the NYU School of Law and an adjunct professor at the Georgetown University McCourt School of Public Policy. Previously, Johnson was a commander in the United States Navy where he served in a variety of positions including as a White House fellow and speechwriter for the chairman of the Joint Chiefs of Staff. He has also written extensively on race, politics, and society for publications such as, the Atlantic, the Washington Post, the New York Times Magazine, National Review, and the Wall Street Journal. A native of North Carolina, he is a graduate of Hampton University and Harvard University, and holds a doctorate of law and policy from Northeastern University.