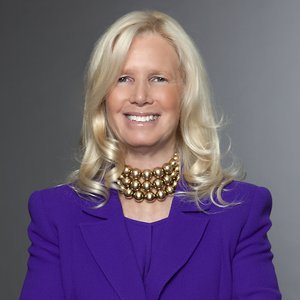 Rear Admiral Susan J. Blumenthal, M.D., M.P.A. (ret,) is a senior fellow with the Health Policy Program and directs the Health Innovations Lab at New America. For more than two decades, Dr. Blumenthal provided distinguished service as a leading federal government medical expert, as an officer in the U.S. Public Health Service, and as a spokesperson in the administrations of four U.S. Presidents. She served as assistant surgeon general of the United States, the first-ever deputy assistant secretary for women's health, and was senior global and e-health advisor in the U.S. Department of Health and Human Services (HHS). Dr. Blumenthal was also a White House health advisor, the medical advisor to the Secretary, USDA, chief of the Behavioral Medicine and Basic Prevention Research Branch at the National Institute of Mental Health, and chair of the Health and Behavior Coordinating Committee at the National Institutes of Health.

At the Health Innovations Lab, Dr. Blumenthal serves as the Co-Founder and Public Health Director of Beat the Virus, a social media campaign and COVID-19 resource hub. She is the Public Health Advisor to HealthPulse, a 21st-century public health communications system under construction with the MIT Media Lab that has the intelligence to navigate our fragmented media landscape, the humanity to acknowledge diverse experiences, and the power to inspire collective, effective action. The initiative is focused in the Atlanta region battling the infodemic of misinformation circulating about COVID-19 vaccinations. Admiral Blumenthal also directs initiatives on strengthening nutrition in the Federal Supplemental Nutrition Assistance Program (SNAP) and applying technology to modernize the Women, Infant and Children’s Nutrition Program (WIC) with the goal of reducing food insecurity and obesity in America.

Additionally, Dr. Blumenthal serves as senior policy and medical advisor at amfAR, The Foundation for AIDS Research. She is also a visiting professor at the MIT Media Lab, and a clinical professor at Georgetown and Tufts Schools of Medicine.

The hallmark of Dr. Blumenthal’s work throughout her career has been her visionary leadership in bringing understudied health issues to increased public and scientific attention and developing multi-sector initiatives and “health in all policies” solutions to complex health challenges. Dr. Blumenthal has been a major force in advancing global and women’s health as well as a national leader in the prevention of chronic disease, suicide, and violence. She has also been involved in addressing emerging health threats including the COVID-19 pandemic, obesity, bioterrorism and pandemic flu. Dr. Blumenthal has been at the frontline in health care reform efforts in the United States as a member of a governmental task force and as co-chair and executive director of the Commission on New Directions in U.S. Federal Leadership on Health at the Center for the Study of the Presidency and Congress (CSPC) where she directed its Health and Medicine Program.

Dr. Blumenthal was a pioneer in exposing the inequities in women’s health and the lack of attention to gender differences in disease. In recognition of her leadership, she was appointed and served as the country’s first deputy assistant secretary for Women’s Health where she coordinated a $4 billion dollar budget across the agencies of HHS, developing many novel cross cutting initiatives that moved women’s health and the career development of women in medicine and science to the forefront of our country’s health care agenda and worked with other countries to do the same. She founded the National Centers of Excellence in Women’s Health program and the National Women’s Health Information Center as well as appointed regional women’s health coordinators to build infrastructure at the state level. She also has established and directed several international initiatives (including in the Middle East) using health diplomacy as a peace-building tool.

Additionally, Dr. Blumenthal was among the first in the government to apply information technology and social media to improve health, establishing several award-winning websites (the first in the government for health and global health) and an innovative initiative, “From Missiles to Mammograms” that transferred imaging technology from space exploration and military purposes to improve the early detection of breast cancer.

Dr. Blumenthal has published many scientific articles, edited books including Suicide over the Life Cycle, and served as the host and medical director of a television series on health. She was the public health editor of the Huffington Post, the health columnist for Elle magazine and U.S. News and World Report, and has chaired numerous national and international committees and conferences. Named by the Medical Herald and the National Library of Medicine as one of the most influential women in medicine and by the New York Times as one of the top doctors in the women's health field, Rear Admiral Blumenthal is the recipient of numerous awards, medals and honorary doctorates for her pioneering leadership and significant contributions to improving health. She was named the 2009 Health Leader of the Year by the Commissioned Officers Association, its highest honor, and as a Rock Star of Science by the Geoffrey Beene Foundation.