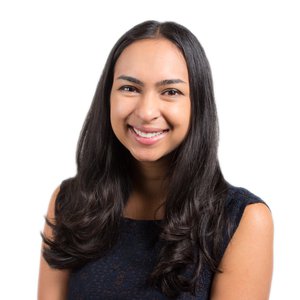 Spandi Singh was a Policy Analyst at New America’s Open Technology Institute, where she researched and reported on policies and practices related to content moderation, disinformation, algorithmic accountability, government surveillance, and privacy. Singh is also a Non-Resident Fellow at the Esya Centre in New Delhi, a member of the World Economic Forum’s Expert Network, and part of the fifth class of Google’s Next Gen Policy Leaders program.

Singh was previously a Millennial Public Policy Fellow, also in the Open Technology Institute program, and a Fellow and the Vice President of the Internet Law and Policy Foundry. Before joining New America, Singh was a Public Policy Fellow at Twitter's headquarters in San Francisco. Originally from India, Singh holds a B.A. in International Development as well as Media Studies from the University of California, Berkeley.