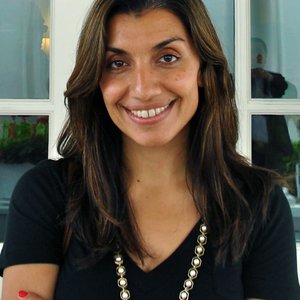 Shamila Chaudhary specializes in U.S.-Pakistan relations, Pakistan domestic politics and security policy, and regional issues in South Asia. She is Senior Advisor to Dean Vali Nasr at the School for Advanced International Studies (SAIS) at Johns Hopkins University and is a senior South Asia fellow at New America. She worked on Pakistan, Afghanistan and Sri Lanka at the political risk consulting firm Eurasia Group from 2011-2013. She also has twelve years of experience working in the U.S. government, most recently at the White House as Director for Pakistan and Afghanistan on the National Security Council from 2010-2011. Prior to her work at the NSC, she worked on the Department of State’s Policy Planning Staff, where she advised Secretary Clinton and the late Ambassador Richard Holbrooke on Afghanistan and Pakistan. Chaudhary served on the State Department’s Pakistan Desk from 2007-2009 and covered economic, humanitarian response, and development issues on the Indonesia desk from 2004-2007. She worked on democracy and governance issues at the U.S. Agency for International Development from 2000-2004. Chaudhary was a 1999 David L. Boren National Security Education Program Fellow and studied Urdu in Lahore, Pakistan, as part of her fellowship. She earned an M.A. in International Affairs from the American University’s School of International Service and a B.A. in English Literature and Women’s Studies from the University of Toledo. In 2010, she and her husband founded the Chaudhary-Steinitz Honors Program Research Grant at the University of Toledo to promote greater interest and research in Pakistan and South Asian affairs. She is a term member of the Council on Foreign Relations and a member of the World Economic Forum’s Global Agenda Council on Pakistan.