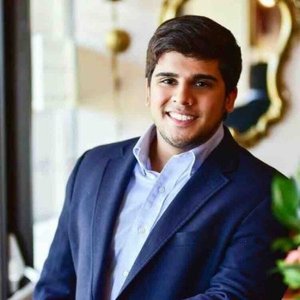 He is a visiting scholar at the American Association for the Advancement of Science (AAAS), where he is co-authoring the second edition of Beyond Sputnik: U.S. Science Policy in the 21st Century (forthcoming, MIT Press).

His work has appeared in Forbes, NPR, The World Economic Forum, InsideHigherEd, the Chronicle of Higher Education, RealClearEducation, and IndustryWeek. He has delivered 70+ keynotes, presentations, and workshops before international audiences including the United Nations, OECD, U.S. National Academies, World Bank, National Academy of Inventors, and the University Economic Development Association. Shalin is a World Economic Forum Global Shaper and was an invited 2021 Davos Agenda attendee.

He serves on several advisory bodies: the MIT Science Policy Review, the International Economic Development Council, the United Nations’ International Telecommunication Union, and the Non-degree Credentials Research Network at George Washington University. He has served on boards and committees with Georgetown University’s Center on Security and Emerging Technology and the Engaging Scientists and Engineers in Policy (ESEP) Coalition. He was a University Innovation Fellow at Stanford University.

Before joining New America, Shalin led research and programs at the Association of Public and Land-grant Universities, North America’s oldest presidents-led higher education association, which empowered university leaders to advance workforce and economic development, R&D and innovation ecosystems, and community partnerships. He held policy positions at the American Academy of Arts and Sciences and the University of Michigan and consulting roles with the AAAS, the Alfred P. Sloan Foundation, and the International Monetary Fund.

Shalin is a graduate of the University of Georgia, the birthplace of American public higher education. He can be found on Twitter at @ShalinJyotishi and online at ShalinJyotishi.com.