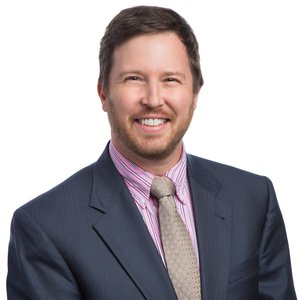 Sascha Meinrath is Director of X-Lab, an innovative new venture focusing on thought-provoking, bold tech policy interventions. Sascha founded the Open Technology Institute and has been an unapologetic advocate for consumers and a counterweight to the major telecom and wireless industry lobbies. Sascha was named to the “TIME Tech 40” in 2013 as one of the most influential figures in technology, and was also named to the “Top 100” in Newsweek's Digital Power Index in 2012. Sascha has also been described as a "community Internet pioneer" and an "entrepreneurial visionary."

Sascha built OTI into a leader in ‘mesh’ wireless research and development, launching the Commotion Wireless Project, which strengthens communities by providing tools to build their own local communications infrastructures. Meinrath also joined Vint Cerf, one of the fathers of the Internet, to create Measurement Lab (M-Lab) –- a platform for researchers around the world to deploy Internet measurement tools and empower the public with useful information about their broadband connections. He coordinates the Open Source Wireless Coalition, dedicated to the development of open source, interoperable, low-cost wireless technologies, and hosts the annual International Summit for Community Wireless Networks (IS4CWN).

Sascha has previously worked with Free Press, the Cooperative Association for Internet Data Analysis (CAIDA), the Acorn Active Media Foundation, the Ethos Group, the Champaign-Urbana Wireless Network Foundation, and the Urbana-Champaign Independent Media Center Foundation. He currently serves on the board of the Schools, Health, and Libraries Broadband (SHLB) Coalition and a trustee of the DC chapter of the Awesome Foundation. Sascha is also an Ashoka Fellow.

In recognition of his impact as a telecommunications policy expert, he was named in 2009 as one of Ars Technica's Tech Policy "People to Watch" and is also the 2009 recipient of the Public Knowledge IP3 Award for excellence in public interest advocacy. Sascha has been a leading voice calling for accountability over the governmental programs that spies on the global public’s phone records and online activities, and is advancing the policy debate over how Congress and the White House should regulate the cybersecurity-industrial complex.

Sascha’s work is a testament to his lifelong commitment to reducing poverty, racial inequality, and injustice, values he embraced while growing up in a rough inner-city school in New Haven, Connecticut. A son of an immigrant from Brazil, Sascha has a four year-old daughter who is both a pre-schooler and budding Internet freedom fighter.