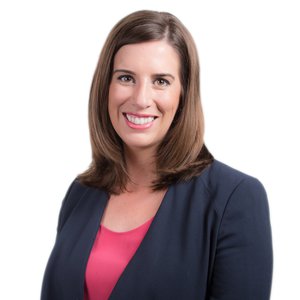 Sarah Morris was director of New America’s Open Technology Institute. She led OTI's strategic planning, fundraising, and management. Prior to her role as director, she led the program's efforts on a broad portfolio of issues including broadband access and adoption, online consumer protections, and preserving the open internet. Her work on these issues has been widely quoted in a number of national publications, and she has appeared as an expert on radio and television outlets. She is a regular contributor for The Hill, and frequently writes for a variety of other national outlets.

Prior to joining New America, Morris was a fellow with the public interest law firm Media Access Project, where she assisted with research and drafting of FCC comments on a wide range of key communications issues. She earned a B.A. from the University of Nebraska-Lincoln, and a J.D. and LL.M. in space, cyber, and telecommunications law from Nebraska Law, completing her thesis on privacy and security concerns related to the electric smart grid. She currently serves on the Alumni Council for the LL.M. program.