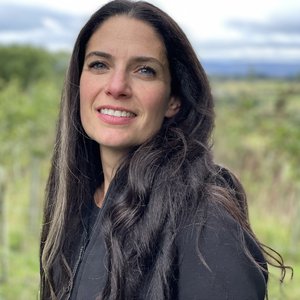 Samm Sacks is a cyber policy fellow at New America. Her research examines information and communication technology policies globally with a focus on China. She has worked on Chinese technology policy issues for over a decade, both with the U.S. government and in the private sector.

She publishes, testifies, and presents regularly on topics related to the U.S.-China technology relationship and the geopolitics of data privacy and cross-border data flows. She also convenes the U.S.-China Women’s Tech Summit, a private discussion series that aims to promote women’s thought leadership, dialogue, and community over candid conversations on subjects ranging from artificial intelligence to export controls and biotechnology.

Previously, Sacks launched the industrial cyber business for Siemens in Asia, focusing on energy sector cybersecurity markets in Japan, South Korea, and China. Prior to this, she led China technology sector analysis at the political risk consultancy Eurasia Group and worked as an analyst and Chinese linguist with the national security community.

She is a frequent contributor to television, radio, and print media (with appearances on Bloomberg, Marketplace, MSNBC, National Public Radio, PBS NewsHour) and comments in the Financial Times, New York Times, Politico, Washington Post, Wall Street Journal, among others. Her articles have appeared in the Atlantic, Foreign Affairs, MIT Tech Review, and Slate. She has testified multiple times before Congress.

A former Fulbright scholar in Beijing, Sacks holds an M.A. from Yale University in international relations and a B.A. from Brown University in Chinese literature.