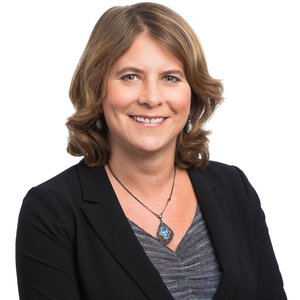 Rosa Brooks is an ASU Future of War senior fellow at New America. She was also a 2014 Bernard L. Schwartz Fellow with the New America Fellows Program. Brooks works with the ASU Future of War project, writing about the changing nature of warfare, the changing role of the U.S. military and need to rethink core assumptions about the laws of war. She is the author of How Everything Became War and the Military Became Everything. A professor at Georgetown University Law Center, Ms. Brooks served as Counselor to the Under Secretary of Defense for Policy and as Special Coordinator for Rule of Law and Humanitarian Policy in the Pentagon from 2009-2011. During the Clinton Administration, she also served as a senior advisor at the US Department of State. Ms. Brooks spent four years as an opinion columnist for The Los Angeles Times, and currently writes a weekly column for Foreign Policy. She is a frequent contributor to other print and TV media outlets as well. Brooks received her A.B. from Harvard, a master's degree from Oxford, and a J.D. from Yale Law School.

How Everything Became War and the Military Became Everyt ...

International Security In The News Piece