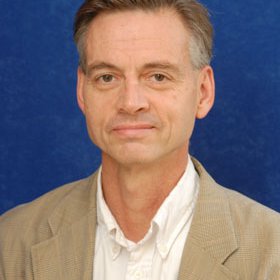 Robert Wright, former National Fellow with the New America Fellows Program, is Editor in Chief of Bloggingheads.tv and the author, most recently, of The Evolution of God (Little, Brown, 2009), which was a New York Times bestseller and a finalist for the Pulitzer Prize. His other books include The Moral Animal (Pantheon, 1994), which the New York Times Book Review named one of the ten best books of the year, and Nonzero (Pantheon, 2000), which Bill Clinton called “astonishing” and instructed White House staff members to read. Wright is a contributing editor for The New Republic and a contributor to Time _and _Slate. He has also written for The Atlantic Monthly, The New Yorker, The New York Times Magazine, Foreign Policy, and the op-ed pages of The New York Times, The Washington Post, and The Financial Times, among other publications. His books have been translated into more than a dozen languages, and his awards include the National Magazine Award for Essay and Criticism.

As a former Senior Research Fellow at New America, Mr. Wright wrote on a wide range of issues related to technology, religion, and foreign policy, particularly the war on terrorism. His 1994 cover story for The New Republic, "Be Very Afraid," warned about the dangers of weapons of mass destruction falling into the hands of terrorists. In 2000, in Nonzero, he noted how the evolution of information technology could exacerbate this problem, facilitating the translation of intense hatred into massive lethality. His most recent book, The Evolution of God, touches on a number of contemporary issues, including how to foster interfaith tolerance amid globalization. At New America, Mr. Wright focused on how to shape a foreign policy that reckons with such trends, paying particular attention to issues of global governance.

The Evolution of God

Stephen Prothero Reviews "The Evolution of God" by Rober ...