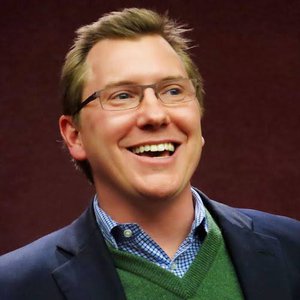 Robert L. McKenzie, PhD, is a nonresident fellow at New America. Previously he was a senior fellow and director of the Muslim Diaspora Initiative, as well as an adjunct professor at Columbia University. McKenzie is a domestic and foreign policy analyst and scholar of the Middle East and North Africa (MENA), with fifteen years of applied research and work experience for the U.S. government, private sector, and academia. An anthropologist by training, McKenzie is an expert in displaced persons, refugee resettlement and integration, and Arab and Muslim communities in the United States and Europe.

McKenzie serves as the principal investigator on a series of projects studying how hate spreads online and in the real world. These projects include: a collaborative project with Anti-Defamation League entitled Exploring Online Hate; a collaborative project with a large tech company looking at how misinformation spreads online after terrorists attacks; an in-depth study of communities of extreme hate online, with a focus on neo-Nazi and KKK groups; an interactive map tracking anti-Muslim activities at the state and local level; and a book project looking at the rise of hate groups in America (Brookings Institution Press 2020).

Before joining New America, McKenzie was a visiting fellow and nonresident senior fellow at the Brookings Institution, where he focused on the Syrian refugee crisis. In his most recent government position, McKenzie served as senior advisor for countering violent extremism (CVE) at the U.S. Department of State. Prior to that position, McKenzie was the project director and responsible for establishing and launching the Hedayah Center in Abu Dhabi—the world’s first-ever international center on CVE. While at the Hedayah Center, McKenzie had oversight of an eight-million-dollar budget, project controls, and staffing; drafted the Center’s strategy and programmatic initiatives; and conducted stakeholder engagement with senior officials in 15 capitals across the Middle East and Europe.