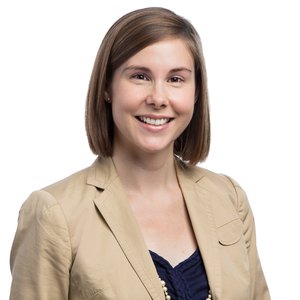 Rachel Black was a Co-Director of the Family-Centered Social Policy program at New America. In this role, she provided strategic direction, research, and analysis supporting the program's work to create a more equitable, inclusive, and cohesive set of social policies that put families at the center of policy discourse and policy design. Her areas of expertise span multiple aspects of social policy, including public assistance programs, wealth, and financial security, and the federal tax code. Her work has been cited by or published in multiple outlets, including the Atlantic, Washington Post, Time, and Fortune. Her op-ed "Give the Unemployed a Second Chance" was featured on CNN.com as one of New America's 10 Big Ideas of 2015.

Previously, Black was a policy analyst in the Government Relations department of the national grassroots anti-hunger organization Bread for the World. In this capacity, she helped shape the organization’s domestic policy agenda and contributed to its legislative advocacy around issues ranging from reform of farm commodity programs during the 2008 Farm Bill reauthorization to improvement in the country’s social safety net in the American Recovery and Reinvestment Act. Black holds a BS in history, technology, and society from the Georgia Institute of Technology.