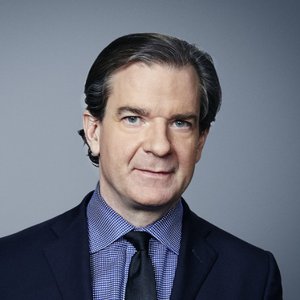 Peter Bergen is a journalist, documentary producer, vice president for global studies & fellows at New America, CNN national security analyst, professor of practice at Arizona State University, where he co-directs the Center on the Future of War, and the author or editor of ten books, three of which were New York Times bestsellers and four of which were named among the best non-fiction books of the year by The Washington Post. The books have been translated into twenty-four languages. Documentaries based on his books have been nominated for two Emmys and won the Emmy for best documentary.

Bergen is New America’s director of the International Security and Future of War programs. He writes a weekly column for CNN.com and is a member of the Homeland Security Experts Group and a fellow at Fordham University’s Center on National Security. Bergen is on the editorial board of Studies in Conflict & Terrorism, a leading scholarly journal. He has testified before Congressional committees eighteen times about national security issues.

Bergen has held teaching positions at the Kennedy School of Government at Harvard University and the School of Advanced International Studies at Johns Hopkins University. For many years he was a contributing editor at Foreign Policy and The New Republic and a fellow at New York University's Center on Law and Security.

In 2011 he published The Longest War: The Enduring Conflict between America and Al-Qaeda. The book won the Washington Institute’s $30,000 Gold Prize for the best book on the Middle East. In 2012 he published Manhunt: The Ten-Year Search for Bin Laden, from 9/11 to Abbottabad. It won the Overseas Press Club award for the best book on international affairs. HBO based the film “Manhunt” on the book, which won the 2013 Emmy for best documentary. In 2013 he published Talibanistan: Negotiating the Borders Between Terror, Politics, and Religion, a collection of essays about the Taliban that Bergen co-edited. In 2014 he published Drone Wars, a collection of essays about drone warfare that Bergen co-edited. In 2016, he published United States of Jihad: Investigating America's Homegrown Terrorists, and HBO adapted the book for the documentary “Homegrown: The Counter-Terror Dilemma.” In 2019 he published Trump and His Generals: The Cost of Chaos, and in 2021, The Rise and Fall of Osama bin Laden.

Bergen is the chairman of the board of the Global Special Operations Foundation, a non-profit advocating for the interests of special operations forces, and was on the board of the James W. Foley Legacy Foundation, which advocates for Americans who are being held hostage and for journalists in conflict zones.

Bergen has hosted, produced, or executive produced multiple documentaries for HBO, CNN, National Geographic, Discovery, and Showtime. Bergen produced CNN Films’ Legion of Brothers, which premiered at Sundance in 2017 and was released theatrically. It was nominated for an Emmy in 2018. Bergen produced the first television interview with Osama bin Laden in 1997. The interview, which aired on CNN, marked the first time bin Laden declared war against the United States to a Western audience.

Bergen has written for a wide range of newspapers and magazines around the world, including the New York Times, Washington Post, Wall Street Journal, Foreign Affairs, Time, The Atlantic, Vanity Fair, The Daily Telegraph, The Times, The Guardian, Prospect, La Repubblica, Die Welt and Der Spiegel. He has a degree in Modern History from New College, Oxford.

Bergen is married to the documentary director/producer Tresha Mabile. They have two children.