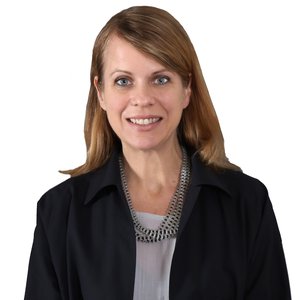 Pamela Puchalski is an urban development expert and was a Senior Fellow at New America. Working in the U.S. and internationally, she designs and implements strategies and initiatives for urban resilience, neighborhood revitalization, economic development, and competitiveness. These help cities and communities persevere and prosper in the face of a growing list of threats linked to climate change, economic instability, inequality, and injustice.

Her efforts advance forward-looking models for inclusive urban growth and city-to-city learning and collaboration. She developed a resilience strategy anchored by community-based approaches with Rockefeller Foundation’s 100 Resilient Cities (2014). Prior to this, she launched the Global Cities Initiative at Brookings Institution to help American metro regions pivot their economies towards increased engagement in world markets (2011-2013). And she played an instrumental role establishing LSE Cities at the London School of Economics (2006-2009). Pamela was also a Non Resident Senior Fellow with the Metropolitan Policy Program at Brookings Institution.

She has collaborated on projects in cities across Brazil, India, and Turkey. She was part of the team establishing the Africa Center in New York. Previously, she created and managed the first American Institute of Architects’ Center for Architecture, also located in New York City.

Pamela has written for numerous publications and was assistant editor of The Endless City, cited as best innovation and design book by Business Week. She was also associate producer for the documentary film Urbanized. In addition to a M.S. in Urban Planning from Columbia University, she has degrees in Economics and Literature (Phi Beta Kappa) from the University of Maryland. Pamela lives in Brooklyn.