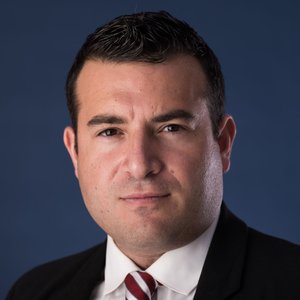 Oubai Shahbandar was a fellow in New America's International Security program. He is a former defense intelligence officer and Department of Defense foreign affairs specialist with over a decade of experience. He has operated throughout multiple war zones in the middle east and south Asia and continues to travel extensively throughout the region.

Shahbandar has an extensive and diverse background in developing military strategy and public policy. He served a one-year tour in Iraq from 2007 to 2008 during General Petraeus' surge as a strategic analyst supporting counterinsurgency operations and the U.S. military's outreach to the Sons of Iraq program. Shahbandar served as a senior civilian advisor to the Combined Forces Special Operations Command-Afghanistan in 2010-2011, working on the critical Village Stability Operations program.

In 2013, Shahbandar left government service and entered the private sector as a senior consultant to various executive level clients in the Middle East in the energy, strategic communications, and aerospace and defense sectors. In 2014, he served as an advisor during the UN-hosted Syria peace talks in Geneva.

He is a graduate of Georgetown University's Security Studies program.