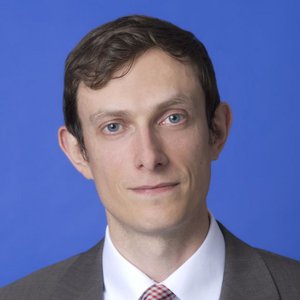 Nicholas Wright is a cybersecurity fellow in New America’s International Security Program. Wright’s work combines neuroscientific, behavioural, and technological insights to understand decision-making in politics and international confrontations, in ways practically applicable to policy. He leads international, interdisciplinary projects with collaborators in countries including China, the United States, Iran and the United Kingdom. He was an associate in the Nuclear Policy Program, Carnegie Endowment for International Peace and a senior research fellow in international relations at the University of Birmingham, U.K.. He conducts work for the U.K. government and U.S. Department of Defense. Beforehand, he examined decision-making using functional brain imaging at University College London (UCL) and in the department of government at the London School of Economics. He was a clinical neurologist in Oxford and at the National Hospital for Neurology. He has published academically (some twenty publications, e.g. Proceedings of the Royal Society), in general publications such as the Atlantic and Foreign Affairs, with the Pentagon Joint Staff (see www.nicholasdwright.com/publications) and appeared on the BBC and CNN. He received a medical degree from UCL, a BSc in health policy from Imperial College London, has membership of the Royal College of Physicians (UK), an MSc in neuroscience and a PhD in neuroscience both from UCL.