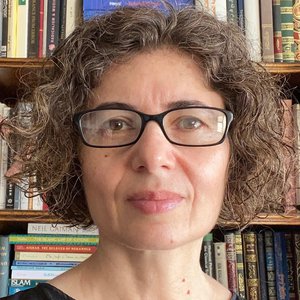 Nelly Lahoud is a senior fellow in New America's International Security program. Dr. Lahoud’s research has focused on the evolution and ideology of al-Qa'ida (AQ) and the ‘Islamic State’ (ISIS/ISIL). She has also published on women's role in AQ and ISIS and the use of anashid (a capella) by these two groups in their media output. She has a Ph.D. from the Research School of Social Sciences — Australian National University. She was a postdoctoral scholar at St. John’s College, University of Cambridge — UK; Rockefeller Fellow in Islamic studies at the Library of Congress; and research fellow at the Belfer Center for Science and International Affairs, Harvard University. Her previous appointments include being associate professor at the Department of Social Sciences and senior associate at the Combating Terrorism Center at the U.S. Military Academy at West Point; and assistant professor of political theory, including Islamic political thought, at Goucher College. Lahoud is fluent in Arabic and French. Her book, The Bin Laden Papers: How the Abbottabad Raid Revealed the Truth about Al-Qaeda, Its Leader and His Family, is forthcoming with Yale University Press, April 2022.