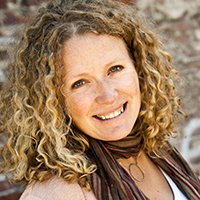 Natalie Foster was a 2016 New America CA fellow. Foster is an expert on the future of work, particularly as it relates to the rise of digital platforms and the gig economy. She is currently an advisor to the The Aspen Institute Future of Work Initiative and the Open Society Foundation. Foster co-founded and launched Peers.org to support people who work in the sharing and on-demand economy.

Prior to Peers, she was the CEO and co-founder of Rebuild the Dream, a platform for people-driven economic change, with Van Jones. Previously, Foster served as digital director for Organizing for America and the Democratic National Committee. She built and directed the team responsible for President Obama's messaging and fundraising through social, mobile, and email communication with the president's millions of supporters. Foster built the first digital department at the Sierra Club and served as the deputy organizing director for MoveOn.org. She advises start-ups like a new campaign to win paid family leave called PL+US; Our City, an urban prototyping nonprofit; and Landed, a Y Combinator-backed startup to crowdsource home equity.