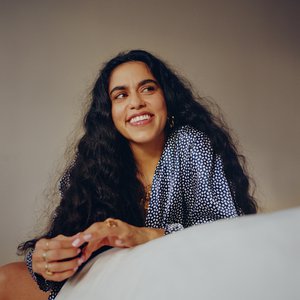 Mona Chalabi, Emerson Collective Fellow, is a data journalist. She is also a writer, artist, producer, presenter, and (occasionally) an actress. Using words, color, and sound, Chalabi re-humanizes data to better help us understand our world and the way we live in it. Chalabi works beside windows, usually in Brooklyn but sometimes in her hometown, London. Her writing and illustrations have been featured in the New York Times, the New Yorker, and the Guardian where she is currently their data editor. Her video, audio, and production work has been featured on Netflix, NPR, the BBC, and National Geographic. Her work has earned her a fellowship at the British Science Association, an Emmy nomination, and recognition from the Royal Statistical Society. In recent years, her work has been exhibited at the Tate, the Design Museum, and the House of Illustration. She studied international relations in Paris at Sciences Po and Arabic at the University of Jordan.