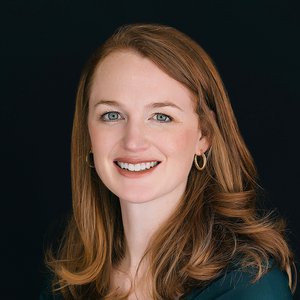 Molly Kinder is a David M. Rubenstein Fellow at the Brookings Institution's Metropolitan Policy Program and a nonresident Senior Fellow at New America. Her research explores an equitable future of work and examines the impact of emerging technologies on low wage workers and women. She is the lead author of the New America report, "Worker Voices: Technology and the Future of Workers" with Amanda Lenhart. Previously, she directed research for New America's Work, Workers and Technology initiative and led analysis for the ShiftLabs initiative. Kinder is an adjunct faculty at Georgetown University's McCourt School of Public Policy, where she taught a graduate seminar on the economic, social and policy implications of AI. Previously, she was a Professor of Practice at Georgetown and Director and Fellow at the Beeck Center for Social Impact and Innovation.

Kinder has more than 15 years of experience in innovation, policy, research, and impact investing. Previously, she was Vice President of a $200 million social impact fund and served in the Obama administration as director in a new innovation program at USAID. She is co-author of the Center for Global Development's best-selling book, "Millions Saved: Proven Successes in Global Health." Kinder worked overseas in Liberia in the government of Africa's first female president, Ellen Johnson Sirleaf, and in India and Pakistan with the World Bank. Kinder served as a term member of the Council on Foreign Relations, a Truman Security Fellow, and was ranked "Top 99 under 33" in foreign policy. Her media appearances include CNN, NPR, Al Jazeera, Voice of America, USA Today, Time Magazine and the Boston Globe. Kinder is an alum of the University of Notre Dame and has a master's degree from Harvard's Kennedy School of Government.