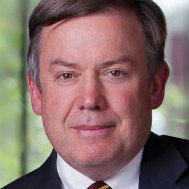 Michael M. Crow is an academic leader and educator, designer of knowledge enterprises, and science and technology scholar. He has been the sixteenth president of Arizona State University since July, 2002. He is guiding the transformation of ASU into one of the nation’s leading public metropolitan research universities, an institution that combines the highest levels of academic excellence, inclusiveness to a broad demographic, and maximum societal impact—a model he designed known as the “New American University.” Under his leadership ASU has established major interdisciplinary research initiatives and witnessed an unprecedented academic infrastructure expansion, quadrupling of research expenditures, and attainment of record levels of diversity in the student body.