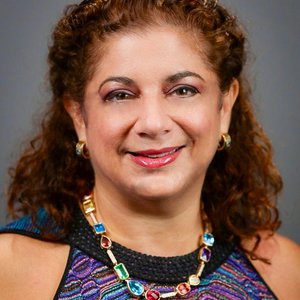 Mia Bloom is a fellow with New America's International Security program and professor of communication and Middle East studies at Georgia State University in Atlanta. She conducts ethnographic field research in Europe, the Middle East and South Asia and speaks eight languages. She has authored several books and articles on terrorism and violent extremism including Dying to Kill: The Allure of Suicide Terror (2005), Living Together After Ethnic Killing (2007) Bombshell: Women and Terror (2011) and Small Arms: Children and Terror (2019). Bloom is a former term member of the Council on Foreign Relations and has held appointments at Princeton, Cornell, Harvard, and McGill Universities. Bloom’s newest book is Veiled Threats; Women and Global Jihad is scheduled for 2020 release. Bloom has a PhD in political science from Columbia University, a master's in Arab Studies from Georgetown University and a bachelor's degree from McGill in Russian, Islamic, and Middle Eastern Studies.