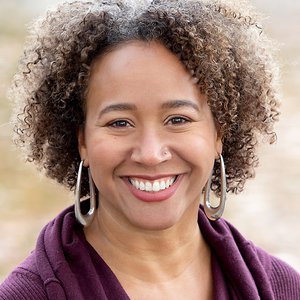 Mia Birdsong was a program fellow with the Family-Centered Social Policy program at New America and was a 2016 New America CA fellow. Birdsong is a family and community visionary who has spent more than 20 years fighting for the self-determination, and pointing out the brilliant adaptations, of everyday people. She is a Senior Fellow at the Economic Security Project, where she is expanding the current universal basic income movement to include perspectives and leadership from communities experiencing economic and racial injustice. Most recently, as Co-Director of Family Story, she updated this nation’s outdated picture of the family in America (hint: rarely 2.5 kids and two heterosexual parents living behind a white picket fence). Previously, Mia was the Vice President of the Family Independence Initiative, an organization that leverages the power of data and stories to illuminate and accelerate the initiative low-income families take to improve their lives.

Birdsong, whose 2015 TED talk “The Story We Tell About Poverty Isn’t True” has been viewed over 1.6 million times already, publishes widely and speaks at universities and conferences across the country. Mia is also modern Renaissance woman. She has spent time organizing to abolish prisons, teaching teenagers about sex and drugs, interviewing literary luminaries like Edwidge Danticat, David Foster Wallace, and John Irving, and attending births as a midwifery apprentice.

Birdsong is a graduate of Oberlin College and an inaugural Ascend Fellow of The Aspen Institute and a class of 2016 New America CA Fellow. She sits on the Board of Directors for Forward Together and the Tannery World Dance & Cultural Center.