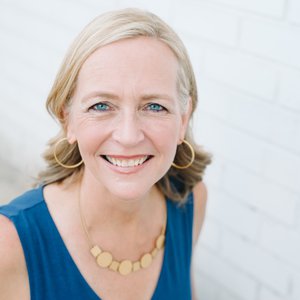 Liza Mundy was a senior fellow with New America's Better Life Lab, and the former director of the organization’s Breadwinning and Caregiving program. She was also a 2013 Bernard L. Schwartz Fellow with the New America Fellows Program. She is the author of Code Girls: The Untold Story of the American Women Code Breakers of World War II.

Mundy is a journalist and book author who writes widely for publications including the Atlantic, Politico, the New York Times, the New Republic, Slate, and the Guardian. She is a former staff writer for the Washington Post, where her work won a number of awards. Her 2012 book, The Richer Sex: How the New Majority of Female Breadwinners is Transforming Sex, Love and Family (Simon and Schuster), was named one of the top non-fiction books of 2012 by the Washington Post, and a noteworthy book by the New York Times Book Review. Her 2008 book, Michelle (Simon and Schuster), a biography of First Lady Michelle Obama, was a New York Times best-seller and has been translated into 16 languages. Her 2007 book, Everything Conceivable (Knopf), received the 2008 Science in Society Award from the National Association of Science Writers as the best book on a science topic written for a general audience. She has appeared on The Colbert Report, The Today Show, Good Morning America, CBS This Morning, MSNBC, CNN, C-Span, Fox News, Democracy Now, Bloggingheads TV, the Leonard Lopate Show, National Public Radio's Weekend Edition, All Things Considered, the Diane Rehm Show, Fresh Air with Terry Gross, Tell Me More, Talk of the Nation, On Point, and numerous other television and radio shows.

Mundy has an AB from Princeton University and an MA in English literature from the University of Virginia. She lives in Arlington, Va., with her husband and two children. At various points she has worked full-time, part-time, all-night, at home, in the office, remotely, in person, on trains, in the car, alone, with other people, in dangerous places, under duress, and while simultaneously making dinner.