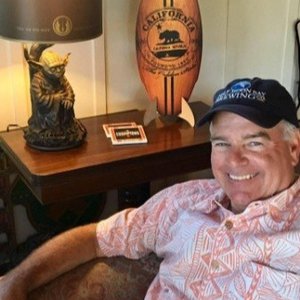 Lenny Mendonca was the Chief Economic and Business Advisor to Governor Gavin Newsom of California and Chair of the California High Speed Rail Authority. He is a Senior Partner Emeritus of McKinsey & Company and a Lecturer on Inequality at the Stanford Business School.

He founded McKinsey’s U.S. state and local public sector consulting practice. He also oversaw their knowledge development, Chairing the McKinsey Global Institute and the Firm's communications, including the McKinsey Quarterly. He served for a decade on the McKinsey Shareholder Council (its Board of Directors). He retired from McKinsey in 2014.

He was formerly the Chair of New America and Children Now, co-Chair of California Forward, and co-founder and Chair of Fusecorps. He was the Vice-Chair of Common Cause. He is the Chair Emeritus of the Bay Area Council and their Economic Institute, and was vice-chair of the Stanford GSB Advisory Council. He was a trustee at the Committee for Economic Development. He served on the boards of Fidelity Charitable, Western Governors University, UC Merced, The Educational Results Partnership, The College Futures Foundation, California Competes, The Opportunity Institute, Commonwealth Club, National Association of NonPartisan Reformers, and The Guardian.org. He is a member of the Council on Foreign Relations. He served on the Board of Trustees for Junior Statesmen of America, and the Advisory Boards of Y Analytics, QB3, the Haas Center at Stanford, Third Sector Capital, The CA Community College Chancellor's Office, Measures for Justice, and the Public Policy Institute of California.

He lives on the Half Moon Bay coast with his wife, Christine. They raised their two daughters, Allie and Rebecca, there and are the founders and owners of the Half Moon Bay Brewing Company, The Inn at Mavericks and the Pacific Standard Taproom. He is also Chair and primary owner of the Coastside News Group (Half Moon Bay Review).