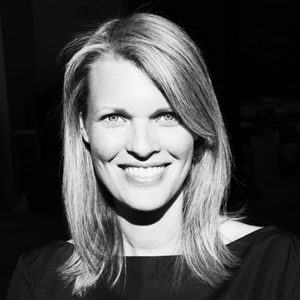 Prior to launching SHIFT, she had an extensive career in technology, innovation, and national security policy in the U.S. Senate, most recently serving as deputy chief of staff to Sen. Mark Warner (D-Va.), and the architect of his initiative examining the impact of the on-demand economy and contingent workforce on capitalism. Read more about SHIFT on Medium.

In the Senate, Sharp also held positions as legislative director for Sens. Mark Pryor (D-Ark.) and Amy Klobuchar (D-Minn.). In addition, she held a variety of senior staff roles on the Senate Homeland Security and Governmental Affairs Committee and was an advisor to Sen. Richard Lugar (R-Ind.) on the Senate Foreign Relations Committee.

In addition to her work at New America, she is a frequent speaker on the future of work and advises a variety of private start-ups and venture capital firms. Sharp is a member of the board of the Herbert Scoville Peace Fellowship. She has an M.A. from Duke University in Political Science, and a B.A. from the University of Michigan. Go Blue!