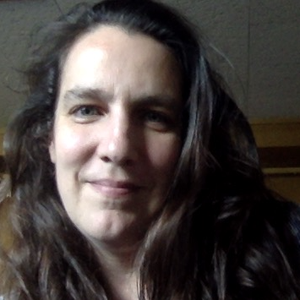 Kaliya Young was a 2019 India-U.S. Fellow at New America. Young is one of the world’s leading experts on decentralized or self-sovereign identity technology. She is the author of A Comprehensive Guide to Self-Sovereign Identity and currently holds the position of adjunct professor at Merritt College where she is developing a curriculum about identity. Young was born and raised in Vancouver, Canada and identifies as Canadian-American. In 1995 she graduated with an undergraduate degree from UC Berkeley. She received a master of science in identity management and security in 2017 from the University of Texas at Austin. Her master’s report is titled the Domains of Identity.

For the last 15 years, she has worked within the industry to catalyze the formation of a new layer of the internet designed to serve individuals. She began sketching out distributed social networks in 2003 and co-founded the Internet Identity Workshop in 2005 with Doc Searls and Phil Windley.

The Internet Identity Workshop is the seeding ground of several major identity standards including OpenID, OpenID Connect, OAuth, SCIM, User-Managed Access, Decentralized Identifiers, and Verifiable Credentials. The workshop has continued to serve as a forum of innovation due to its semi-annual format that allows attendees to co-create the agenda in real time.

Young is a founding member of the management council of the Identity Ecosystem Steering Group that was created by the Obama administration’s National Strategy on Trusted Identities in Cyberspace and was re-elected twice to the council. She currently serves on the board of Patient Privacy Rights and as a steward of Identity Commons representing the Internet Identity Workshop. Right now Young is working on several projects, including developing the Identity Ecosystem Map of all the standards, projects, and organizations from around the world; improving diversity in the industry and addressing risks to marginalized populations at HumanFirst.Tech; conducting research on the future identity needs of the private sector for the Department of Homeland Security, Science and Technology Division; and advising startups who are exploring self-sovereign identity or decentralized identity technologies.

Young’s project centers on a better understanding of Aadhaar, specifically how it works and what all the roles are in the ecosystem around it. She plans to use value network-mapping to understand the whole ecosystem around Aadhaar and to explore a pathway from the current Aadhaar and India stack towards self-sovereign identity or decentralized identity technologies that are gaining traction in North America and Europe.