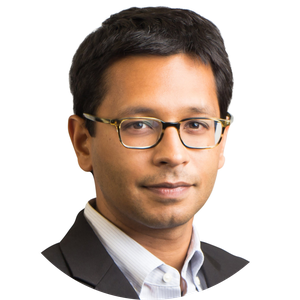 K. Sabeel Rahman, National Fellow, spent his fellowship year completing his first book Democracy Against Domination about how democratic participation and civic power is vital to addressing long-term economic inequalities—from finance and corporate power, to urban inequality and community development, to economic insecurity and the gig economy. He is the current president of Dēmos, a think-and-do tank. An assistant professor of law at Brooklyn Law School, Rahman was a special adviser on economic development strategy in New York City from 2014-2015, and currently serves on the New York City Rent Guidelines Board. Rahman is the research and design director and part of the founding leadership team for the Gettysburg Project, a first-of-its-kind design and innovation lab that draws together leading community organizers and academics to foster new strategies aimed at rebuilding American democracy in the face of long-term challenges of economic, ecological, and social justice. Rahman is a graduate of Oxford University, where he studied economic development and law as a Rhodes Scholar, and Harvard University, where he earned his A.B., J.D., and Ph.D. in political theory. His writings have appeared in venues like the Boston Review, the Nation, and Salon. His first book, Democracy against Domination (Oxford University Press, 2016), examines how Progressive Era political thought can inform contemporary democratic theory and debates in post-financial crisis administrative law and economic regulation.