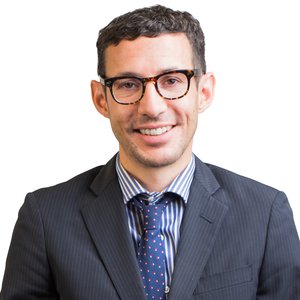 Joshua Yaffa, National Fellow, spent his fellowship year working on his book Between Two Fires: Truth, Ambition, and Compromise in Putin's Russia, published in January 2020, on how Putin has sought to redefine the pillars of his rule and legitimacy, and what this new age of Putinism means for everyday Russians and Western governments. More specifically, his book looks at the lives of several Russians and the inevitable accommodation they must reach with the system around them. He is currently based in Moscow, where he is a correspondent for the New Yorker. He has also reported from Russia for Bloomberg, Businessweek, the Economist, National Geographic, the New Republic, and the New York Times Magazine. For his work in Russia, he has been a finalist for a Livingston Award, a Visiting Scholar at the Harriman Institute at Columbia University, and received a grant from the Pulitzer Center for Crisis Reporting. He was previously an associate editor at Foreign Affairs. He is a graduate of the Georgetown School of Foreign Service and holds master’s degrees in journalism and international affairs from Columbia University.

Three Books on the Enigma That Is Modern Russia