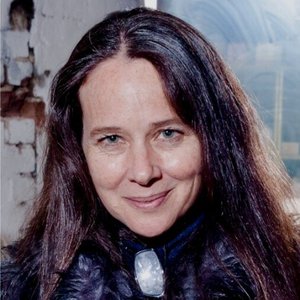 Jen Easterly is a senior fellow in New America's International Security program. A Managing Director of Morgan Stanley, Easterly serves as Global Head of the Firm’s Cybersecurity Fusion Center. Before joining Morgan Stanley, she served on the National Security Council as Special Assistant to the President and Senior Director for Counterterrorism; prior to that, she was the Deputy for Counterterrorism at the National Security Agency. Easterly retired from the U.S. Army after more than twenty years of service, which included command and staff assignments in intelligence and cyber operations, as well as tours of duty in Haiti, the Balkans, Iraq, and Afghanistan.  Responsible for standing up the Army’s first cyber battalion, Easterly was also instrumental in the creation of United States Cyber Command.  Additionally, she served as an Assistant Professor in the Department of Social Sciences at West Point, as well as Executive Assistant to National Security Advisor Condoleezza Rice during a previous tour at the White House.  A distinguished graduate of West Point, Easterly holds a Master’s degree in Politics, Philosophy, and Economics from the University of Oxford, where she studied as a Rhodes Scholar.  She is a member of the Council on Foreign Relations and a French-American Foundation Young Leader, as well as the recipient of the Council on Foreign Relations International Affairs Fellowship, the George S. Franklin Fellowship, and the Director, National Security Agency Fellowship.  Easterly serves on the Board of Trustees of the Morgan Stanley Foundation and the Board of Directors of Nuru International, a non-profit organization dedicated to the eradication of extreme poverty.  She also serves on the Advisory Council for Hostage US, a non-profit that supports the families of Americans taken hostage abroad, and hostages when they return home.