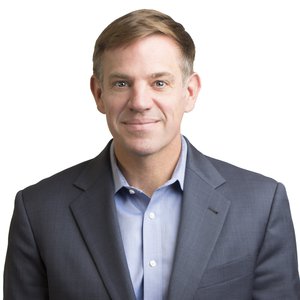 Jeffrey W. Eggers was a Senior Fellow at New America. He is the Executive Director of the McChrystal Group Leadership Institute. He recently co-authored (with Stan McChrystal and Jason Mangone) the national best-selling book, Leaders: Myth and Reality.

Eggers transitioned out of public service in May 2015, having served at the White House for six years under two presidents, most recently as special assistant to the president for national security affairs.

Eggers retired from the U.S. Navy in 2013, having served in the special operations community as a Navy SEAL. He served as strategic advisor to General Stanley McChrystal, special assistant to chairman of the Joint Chiefs Admiral Mike Mullen, branch chief for combating terrorism on the Joint Staff, and director for combating terrorism at the National Security Council. His operational tours included several SEAL Teams, commander of the Special Operations Task Unit in western Iraq, and operations officer and mission commander for the U.S. Navy’s undersea special operations command.

In 2014, President Obama presented Eggers with the Samuel Nelson Drew Award for “Distinguished Contribution in Pursuit of Global Peace” for his role in mediating the political crisis following the 2014 Afghan presidential elections.

Eggers is also an advisor to the Geneva-based Centre for Humanitarian Dialogue, where he assists with international conflict mediation. He serves on the board of a non-profit that cares for and assists the families of veterans killed in action. He holds an M.A. from Oxford University and a B.S. from the United States Naval Academy.