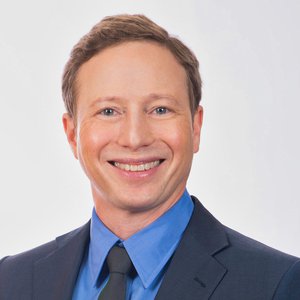 Jeff Kleeman graduated from Yale University with a B.A. in English. He curated exhibits at the Academy of Motion Picture Arts & Sciences and in 1987 joined Paramount Pictures where he was a development and production executive on “Internal Affairs,” “The Hunt for Red October,” “Shirley Valentine” and “Star Trek 6.”

In 1991, Kleeman became Vice President of Production for Francis Ford Coppola's American Zoetrope, where he worked on “Bram Stoker’s Dracula,” initiated Tim Burton’s “Sleepy Hollow,” was associate producer on “Mary Shelley’s Frankenstein,” co-producer on “Kidnapped,” and executive producer on “Haunted” and “The Titanic.”

Kleeman joined MGM/UA in 1993, where he was Executive Vice President of Production. He was responsible for overseeing the revitalization of the James Bond franchise, beginning with “Goldeneye,” then “Tomorrow Never Dies” and “The World Is Not Enough.”

He oversaw the development and production of “Rob Roy,” “Hackers,” “The Birdcage,” and “The Thomas Crown Affair,” and was responsible for the acquisition of “Leaving Las Vegas.” While at MGM/UA, Kleeman also developed “Cold Mountain,” “Heartbreakers” and “The Pink Panther.”

In 2005, Kleeman co-created/show-ran “Misconceptions,” a multi-camera sitcom for The WB. In 2006, he wrote a single-camera comedy, “Roll with It,” for Fox Television. In 2007, he wrote a one-hour drama pilot, “Sleeping Beauty,” for ABC, Marshall Herskovitz and Ed Zwick.

He also returned to MGM/UA as Executive Vice President of Motion Picture Production. In September 2008, Kleeman joined David Dobkin as President of Big Kid Pictures. He executive produced the films “The Judge” for Warner Bros, “The Change-Up” for Universal and “Vacation” for New Line. Kleeman was Executive Producer on the single-camera half-hour series “Friends with Benefits,” which aired on NBC in 2011.

He is currently in production on “Wildlife Warriors” for Discovery.

Kleeman has been a member of the USC Cinema School faculty, where he taught graduate courses on film development, production and the studio system. He has lectured at Yale, UCLA and Northwestern, and at several film conferences as well as taught Film Independent’s Screenwriter’s Lab.

He has served on the board of directors of The Sundance Channel, IFP West and The Los Angeles Film Festival Advisory Committee, and served as a judge for the International Thriller Writers Best Screenplay Award. He has chaired Film Independent’s Spirit Awards Nominating Committee and currently serves on The Academy of Motion Picture Arts and Sciences Screening Committee.