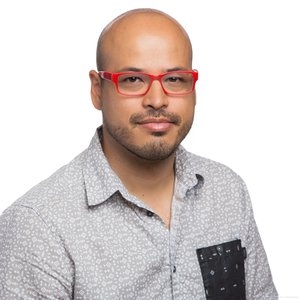 James Vasile is the Director of New America's Open Internet Tools Project. He is a recognized expert on free and open source software and has long challenged the structural, security and privacy barriers that hinder free communication between people.

James also directs the FreedomBox Foundation, a project devoted to building small, low-cost computers that protect people's privacy, security and anonymity while they use the Internet. His FreedomBox work has received an Innovation Award at Contact Summit 2011, as well as an Ashoka ChangeMaker's award for Citizen's Media. In addition, he co-founded Open Source Matters, the non-profit foundation behind the Joomla CMS package.

James is a partner at Open Tech Strategies, a consultancy that advises organizations and businesses as they navigate the open-source world, as well as a Senior Fellow at the Software Freedom Law Center, where he acts as a strategic advisor on a range of free software projects. He holds a JD from Columbia Law School and a BA from Fordham College. He has contributed code and documentation to several free software projects. You can follow him on Twitter and Identi.ca as @jamesvasile and learn more at http://jamesvasile.com.