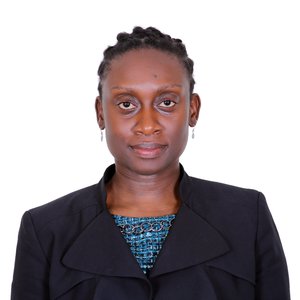 Jacqueline Muna Musiitwa, Esq. is a fellow in New America's Cybersecurity Initiative. She is the executive director of Financial Sector Deepening Uganda. She is the founder and managing partner of Hoja Law Group, a boutique legal consultancy that represents clients in matters including technology and intellectual property. She was also an advisor to the director general of the World Trade Organization on matters of trade and global governance, has served as legal counsel to several financial institutions, and has been an advisor to several African governments on matters such as foreign direct investment, competition law, and rule of law.

She has served on the board of Bank of Zambia, Microcred Zimbabwe Finance Limited, and Prime Insurance in Rwanda.  She is on the boards of Crisis Action and the International Center for Trade and Sustainable Development.

Musiitwa has been an adjunct professor of law at universities in the U.S. and Rwanda.  She frequently speaks at conferences and has has opined for publications such as Project Syndicate, CNBC Africa, BBC and the Guardian.

She was a Young Global Leader 2011 (World Economic Forum), an Archbishop Desmond Tutu fellow 2011 (African Leadership Institute), the 2012 Mo Ibrahim Foundation Leadership Fellow, and a 2014 New Voices Fellow (Aspen Institute) and is a currently a term member of Council of Foreign Relations.  Musiitwa holds a bachelor of arts from Davidson College and a juris doctor from the University of Melbourne.