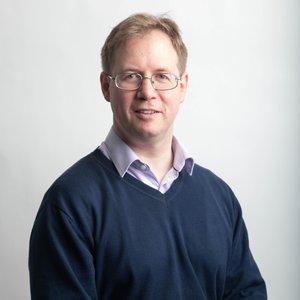 Ian Wallace was the director of New America’s Cybersecurity Initiative and a senior fellow in the International Security program. His research was focused on the international security and military dimensions of cybersecurity policy. He was also a member of the Future of War project.

Ian joined New America from the Brookings Institution where he spent two years in the Foreign Policy Program as a Visiting Fellow for Cybersecurity. He was previously a senior official at the British Ministry of Defence (MOD). From 2009-2013 Wallace was as the British Embassy, Washington’s defense policy and nuclear counselor. There he helped develop new UK/US mil/mil cyber link at both the operational and policy levels. Before joining the embassy he was a fellow at the Weatherhead Center at Harvard University where his research included working on the military implications of cyber capabilities.

During his UK MOD career, he combined strategy and planning positions with operational postings to Pristina (2001-2002), Basra (2005) and Baghdad (2007-2008). He also served as the head of policy at the UK’s operational HQ (2002-2003). His Whitehall appointments included Deputy Director of Capability, Resource and Scrutiny and Assistant Director of Defence Resources (with day-to-day responsibility for the UK MOD’s overall resource planning process). From 2000-2001 he was the Assistant Private Secretary to the UK Defence Secretary.

Wallace has a degree in ancient and modern history from Christ Church, Oxford University.