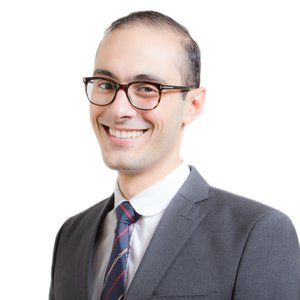 Houman Saberi is a nonresident fellow at New America. Previously, he was the deputy director of the Resilient Communities project for RISE:NYC. In this role, he is helping to build resilient community wireless networks in Sandy-affected areas of the city in partnership with local businesses, civic organizations, and residents.

Before joining New America, Saberi was the Percival and Naomi Goodman Fellow at Columbia University’s Graduate School of Architecture, Planning, and Preservation. As part of his fellowship, he worked with the Digital Stewards program at the Red Hook Initiative where he drafted a report detailing a community-centered approach to WiFi deployment in public housing and trained local residents on mapping their communities with open data and geographic information systems software.

Previously, Saberi developed project management skills as a manager on United States Agency for International Development funded projects based in Washington D.C., Egypt, and Indonesia. In Egypt, he managed a special fund for entrepreneurship, vocational skills training, and access to finance, while in Indonesia he was an operations manager for an anti-corruption project. Prior to this, he served as a community development agent in the United States Peace Corps in Morocco where he engaged in rural health education and infrastructure projects.