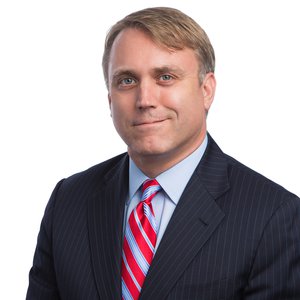 Douglas A. Ollivant is an ASU Future of War senior fellow at New America. He is Managing Partner and the Senior Vice President of Mantid International, LLC, a global strategic consulting firm with offices in Washington, Beirut, Baghdad, Hilla and Basra, since 2012. He has also been appointed as an ASU Senior Fellow at the Future of War project at New America. A retired Army officer (Lieutenant Colonel), his last assignment in government was as Director for Iraq at the National Security Council during both the Bush and Obama administrations. Ollivant spent one year in 2010-2011 in Afghanistan as the Senior Counterinsurgency Advisor to the Commander, Regional Command-East.

Prior to his posting at the White House, Ollivant served in Iraq as the Chief of Plans for Multi- National Division Baghdad in 2006-2007. During this time he led the planning team that designed the U.S. and coalition portion of Baghdad Security Plan, the main effort of what later became known as the "Surge." He spent an earlier Iraq tour in 2004-2005 in Baghdad, Najaf, and Fallujah. He also taught politics at the United States Military Academy at West Point for three years.

A graduate of Wheaton College, Ollivant holds a Ph.D. in Political Science from Indiana University, and is a graduate of the U.S. Army's School of Advanced Military Studies. He is a frequent television commentator on defense and Middle East issues, on networks including CNN, PBS, NPR, MSNBC, and ABC before becoming an exclusive contributor with Al Jazeera America in July of 2015. A life member of the Council on Foreign Relations, the Veterans of Foreign Wars and American Political Science Association, he also serves in various advisory capacities to Monument Capital Group, Meridian Hill Advisors, and TranScan LLC. He is working on a book manuscript on the topic of Hybrid Warriors, as well as various manuscripts on the Iraq conflict, 2003-present.