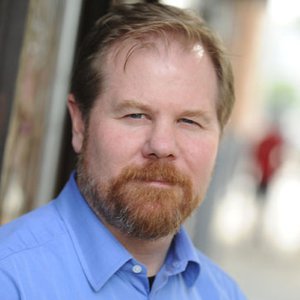 David Kilcullen was a senior fellow at New America. Kilcullen is Founder and Chairman of Caerus Global Solutions, a strategic research and design firm that helps governments, global institutions, businesses and communities build resiliency in conflict, disaster-affected and post-conflict environments. He is also the Founder and Chairman of First Mile Geo, a tech startup that pioneers open, online cloud-based platforms for collecting, analyzing, sharing, and visualizing social and spatial data. Before joining private industry he served 25 years as an army officer, diplomat and policy advisor for the Australian and United States governments, in command and operational missions (including peacekeeping, counterinsurgency and foreign internal defense) across the Middle East, Southeast Asia and Europe.

In the United States he served as Chief Strategist in the State Department’s Counterterrorism Bureau, and served in Iraq as Senior Counterinsurgency Advisor to General David Petraeus, before becoming Special Advisor for Counterinsurgency to Secretary of State Condoleezza Rice. Dr. Kilcullen holds a Ph.D. from the University of New South Wales, with a focus on the political anthropology of guerrilla warfare. He was awarded the 1995 Sir Edward “Weary” Dunlop Fellowship for his work in Southeast Asia, and was elected a Fellow of the Royal Geographical Society in 1996. Dr. Kilcullen was named one of the Foreign Policy Top 100 Global Thinkers in 2009. His bestselling books, The Accidental Guerrilla: Fighting Small Wars in the Midst of a Big One and Counterinsurgency, are used in several universities, as well as by policymakers, the military, intelligence and development agencies worldwide. His third book, Out of the Mountains, which examines conflict in the connected, coastal cities of the future, was awarded the 2013 American Publishers’ Association Prize for Professional and Scholarly Excellence (PROSE Award) in Government and Politics. He most recently developed his 2015 Quarterly Essay Blood Year: Terror and the Islamic State into a full-length book. He is currently working on a book examining the future of unconventional warfare.