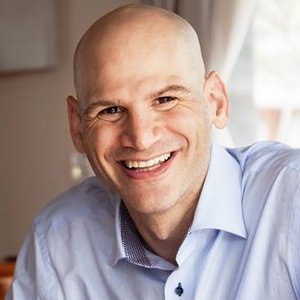 David Abraham is a senior fellow in the Resource Security program at New America. Abraham is a natural resource strategist who analyzed risk on Wall Street and at a commodity-trading firm, oversaw natural-resources programs at the White House Office of Management and Budget, and ran a water-focused NGO in Africa. He spent several years traveling the world to understand how a new green and industrial era is changing resource needs which culminated in the book, The Elements of Power (Yale University Press, 2015).

He oversees the Technology, Rare and Electronics Materials Center and advises companies on resource risk. During his career, Abraham has held fellowships with numerous institutions including the Council on Foreign Relations, Tokyo University, and Japan's Ministry of Economy, Trade, and Industry. His writing has also appeared in the New York Times, the Los Angeles Times, and the Wall Street Journal Asia, among others.

Widely traveled, Abraham splits his time between New York and Indonesia, where he co-founded Outpost, a co-working space for those looking to be productive while living in idyllic locales. A graduate of Tufts University and Boston College, he speaks Lithuanian, and is a member of the Council on Foreign Relations.