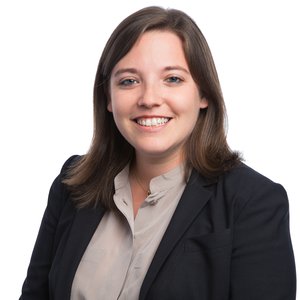 Danielle Kehl was a fellow at New America's Open Technology Institute, where she researched and wrote about technology policy issues. She was previously a Senior Policy Analyst at OTI and led the program's Internet governance and Internet freedom portfolio, where among other things she advised the U.S. government delegation to the International Telecommunication Union's 2014 Plenipotentiary Conference in South Korea and testified before Congress on Internet governance issues.

Danielle has also written on a wide range of topics including encryption policy, net neutrality, NSA surveillance, broadband competition, universal service, and U.S. export controls and sanctions. Her writing has appeared in CNN, Slate, The Hill, Fortune, Vox, the Chronicle of Higher Education, the Journal of Information Policy, and the Fletcher Forum of World Affairs, among others.