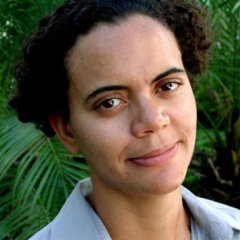 Candace Rondeaux directs Future Frontlines, a public intelligence service for next generation security and democratic resilience. A journalist and public policy analyst she is a professor of practice and fellow at the Melikian Center for Russian, Eurasian, and East European Studies and the Center on the Future of War at Arizona State University. She is a columnist for the World Politics Review and a contributing writer for the Daily Beast. Catalyzing the global human pursuit of dignity, justice, equity, transparency, and accountability is a through line in all her work.

Before joining New America, Rondeaux served as a senior program officer at the U.S. Institute of Peace where she launched the RESOLVE Network, a global research consortium on conflict and violent extremism and as a strategic advisor to the U.S. Special Inspector General for Afghanistan Reconstruction. She has documented and analyzed political violence in South Asia, and around the world for the Washington Post and the International Crisis Group. Before going abroad for the Post in 2009 , Rondeaux covered criminal justice in Maryland and Virginia, where she covered capital punishment and was part of the Pulitzer Prize winning team of Post reporters who covered the 2007 Virginia Tech massacre. In 2004, while on a reporting sabbatical from covering criminal justice in Florida for the St. Petersburg Times, she reported on energy security issues in the Caucasus as an International Reporting Fellow at Johns Hopkins School of Advanced International Studies. She holds a B.A. in Russian area studies from Sarah Lawrence College, an M.A. in journalism from New York University, and an M.P.P. in public policy from the Woodrow Wilson School of Public and International Affairs at Princeton University.