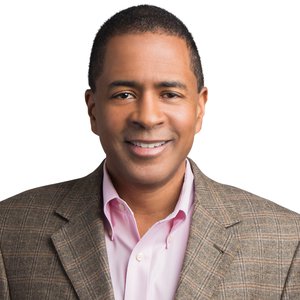 Byron Auguste is president and co-founder of Opportunity@Work, a civic enterprise which aims to re-wire the U.S. labor market in ways that enable more Americans to achieve upward mobility in the job market and workplace, to facilitate collective investment by employers to develop the talent they need to succeed and grow, and to scale up promising innovations which unlock more fully the potential of all people for higher-value, meaningful work as a source of economic opportunity and national competitive advantage. From 2015-2016, Opportunity@Work was based at New America.

Prior to co-founding Opportunity@Work, Auguste served for two years in the White House as deputy assistant to the president for economic policy and deputy director of the National Economic Council, where his policy portfolio included job creation and labor markets, skills and workforce policies, innovation, investment, infrastructure, transportation and goods movement.

Until 2013, Auguste was a senior partner at McKinsey & Company in Washington D.C. and in Los Angeles, where he was elected principal in 1999 and director in 2005. Over 20 years at McKinsey, he worked primarily in the fields of technology & communications, information & media, services-based businesses, education, economic development, and innovation, leading McKinsey’s High Tech Services sector from 2002 to 2006, and its global Social sector from 2007 to 2012. He was also co-author of several McKinsey Global Institute reports, including Changing the Fortunes of America’s Workforce (2009), Growth and Renewal in the United States: Retooling America’s Economic Engine (2011), and An Economy That Works: Job Creation and America’s Future (2011), and Help Wanted: the Future of Work in Advanced Economies (2012). His professional experience prior to McKinsey was as an economist at LMC International, Oxford University, and the African Development Bank. He is the author of The Economics of International Payments Unions and Clearinghouses (MacMillan Press, 1995)

Until his appointment at the White House, Auguste was active in a number of not-for-profit organizations, serving as board chairman of Hope Street Group, and as a member of the boards of trustees of The William and Flora Hewlett Foundation and Yale University. He is a member of the Council on Foreign Relations and the Pacific Council on International Policy.