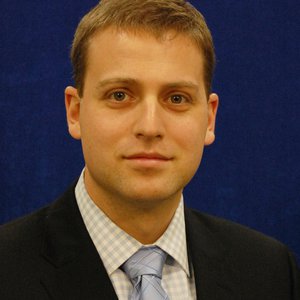 Brian Fishman was a counterterrorism research fellow at New America.

He is a Fellow with the Combating Terrorism Center (CTC) at West Point, and Philanthropic Engineer with Palantir Technologies. He previously served as the CTC’s Director of Research and was a professor in the Department of Social Sciences at West Point. Fishman is the author of a number of studies on terrorism and al-Qaeda, including seminal investigations of al-Qaeda's foreign fighters in Iraq and Iranian support for Shia militias fighting U.S. troops in Iraq. Fault Lines in Global Jihad: Organizational, Strategic, and Ideological Fissures, a volume he co-edited with Assaf Moghadam, was named one of the top books for understanding terrorist recruitment in Perspectives on Terrorism. He is also the author of The Master Plan: ISIS, al-Qaeda, and the Jihadi Strategy for Final Victory.

Fishman is a term member of the Council on Foreign Relations and was a founding editor of the CTC Sentinel. He has taught as an adjunct professor in Georgetown's School of Foreign Service and Columbia's School of International and Public Affairs. Before joining the CTC, Fishman was the Foreign Affairs/Defense Legislative Assistant for Congresswoman Lynn Woolsey.

Fishman holds a Masters in International Affairs (MIA) from Columbia University and a B.A. from the University of California Los Angeles.