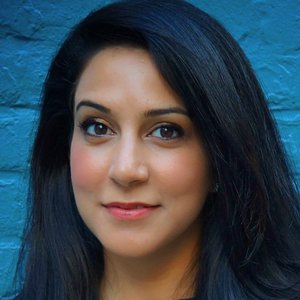 Azmat Khan, ASU Future of War Fellow, is a contributing writer for the New York Times Magazine. She is working on a book for Random House investigating the uncounted costs of America's precision wars abroad.

Her reporting has won the National Magazine Award for reporting, the Daniel Pearl Award for Outstanding Reporting on South Asia, the Deadline Club Award for Independent Digital Reporting, and other honors. Khan is an adjunct professor at the CUNY Graduate School of Journalism's International Reporting program, a fellow at the Macdowell Colony, and a member of the Overseas Press Club's board of governors. She received an MSt. from Oxford University, which she attended as a Clarendon scholar, a B.A. from the University of Michigan, and studied at the American University in Cairo.

Azmat Khan and Anand Gopal Win the Ellies for Reporting