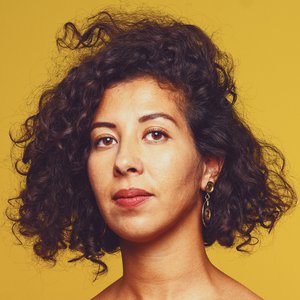 Assia Boundaoui, Eric & Wendy Schmidt Fellow, is an Algerian-American filmmaker and investigative journalist who has reported internationally for WGBH, WBEZ, AlJazeera, VICE and CNN among others. Her debut short film about hijabi hair salons for HBO Documentary Films premiered at the 2018 Sundance Film Festival. Her award-winning feature-length directorial debut, THE FEELING OF BEING WATCHED, a documentary investigating a decade of FBI surveillance in Assia's Muslim-American community, had its world premiere at the 2018 Tribeca Film Festival and national broadcast on PBS “POV”. Boundaoui was named one of Filmmaker Magazine's 2018 "25 New Faces of Independent Film,” was a 2019 New America National Fellow and in 2020 was honored with the Livingston Award for national reporting. She has an M.A. in journalism from New York University and is an Algiers born, Arabic speaking, Chicagoan, currently based in southern California. Boundaoui is a 2020-2021 Ford Foundation JustFilms Fellow at the MIT Open Documentary Lab where she is iterating her most recent hybrid-documentary work, a community co-created, AI-fueled sequel to her film: the “Inverse Surveillance Project.”

The Feeling of Being Watched