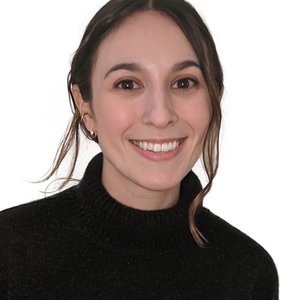 Ariel Zekelman is the creator of Little Genius, a line of award-winning educational games for kids aged 3-5 from the pioneering gaming company Osmo. Using her background in industrial design, Zekelman has created tactile-digital products that push the future of screen time, education, and play. Today, Zekelman’s products are used in more than 30,000 schools and one million households around the world.

Zekelman designed her first game, Coding Awbie, with co-creator Felix Hu while in college. In 2014, Osmo acquired Coding Awbie to bring the first-ever commercially available digital-tangible programming game to market. In 2016, Apple featured Coding Awbie in its Apple Store, making Zekelman — at age 23 — the youngest female designer to have a product featured there.

During her time at Osmo, Zekelman’s games have won several awards including the Parents’ Choice Award and the Oppenheim Toy Award. An inventor who holds over 10 patents, Zekelman’s work has been presented at the Interaction Design for Children Conference (IDC) and the International Conference of the Learning Sciences (ICLS). She has been featured on Bloomberg West with Emily Chang and in The Wall Street Journal.

Zekelman is an alumna of the School of the Art Institute of Chicago. She currently resides in Palo Alto with her partner.