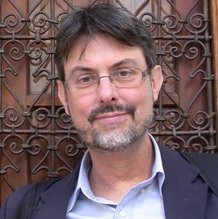 Anatol Lieven was a senior fellow at New America.

Lieven is a professor at Georgetown University in Qatar. He is a visiting professor in the War Studies Department of King’s College London and a member of the academic board of the Valdai discussion club in Russia. He also serves on the advisory committee of the South Asia Department of the British Foreign and Commonwealth Office. He holds a BA and PhD from Cambridge University in England.

His latest book, Climate Change and the Nation State, was published in March 2019 by Penguin in the UK and Oxford University Press in the USA. His previous book, Pakistan: A Hard Country, was published by Penguin and OUP in 2012.

Lieven is currently working on the relationship between nationalism and progress in modern history.

From 1985 to 1998, Lieven worked as a British journalist in South Asia, the former Soviet Union, and Eastern Europe, and is author of several books on Russia and its neighbours including Chechnya: Tombstone of Russian Power?, and Ukraine and Russia: A Fraternal Rivalry. From 2000 to 2007 he worked at think tanks in Washington, DC. A new edition of his book America Right or Wrong: An Anatomy of American Nationalism was published in 2012.