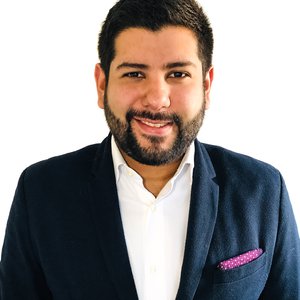 Alberto Rodríguez is a senior program manager working with the Public Interest Technology program. He has spent the past five years working directly in digital technology and policy from different angles. He led a working group at the Beeck for Center Social Impact & Innovation, working with more than 20 senior digital government leaders to bring human-centered design techniques to public policy. He has conducted research on digital government transformation in the United States and around the world publishing reports, case studies, and blogs. Previously, he served as the international advisor to the National Digital Strategy at the Office of the President in Mexico, where he consulted on international collaboration efforts between the federal government and several organizations such as the OECD, the IADB, OAS, and other national governments. He also served as an international advisor of the Digital Government Unit at the Ministry of Public Administration in Mexico.

Rodríguez holds a master’s degree from the McCourt School of Public Policy at Georgetown University and a degree in international relations from the Autonomous Technological Institute of Mexico.