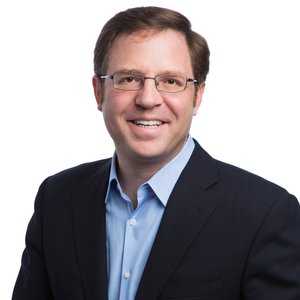 Alan Davidson is the VP of Global Policy, Trust and Security at the Mozilla Foundation. He was previously a Public Interest Technology Fellow at New America. He has also served as the first director of digital economy at the U.S. Department of Commerce and senior advisor to the Secretary of Commerce. He was New America's vice president for technology policy and strategy and director of the Open Technology Institute. He was a research affiliate at MIT's Computer Science and Artificial Intelligence Laboratory (CSAIL), where he was a co-founder of the MIT Information Policy Project.

Until 2012, Davidson was the director of public policy for Google in the Americas. He opened Google's Washington, D.C. office in 2005, and led the company’s public policy and government relations efforts in North and South America.

Prior to joining Google, Davidson was associate director of the Center for Democracy and Technology, a public interest group promoting civil liberties and human rights online. He has testified before Congress, written, and spoken widely on a range of Internet policy issues including free expression, privacy, content regulation, encryption, network neutrality and copyright online.

Davidson started professional life as a computer scientist. He was a senior consultant at Booz Allen & Hamilton, where he helped design information systems for NASA's Space Station Freedom Project. Davidson has a bachelor’s degree in mathematics and computer science and a master’s degree in technology and policy from MIT. He is also a graduate of the Yale Law School, where he was Symposium Editor of the Yale Law Journal.